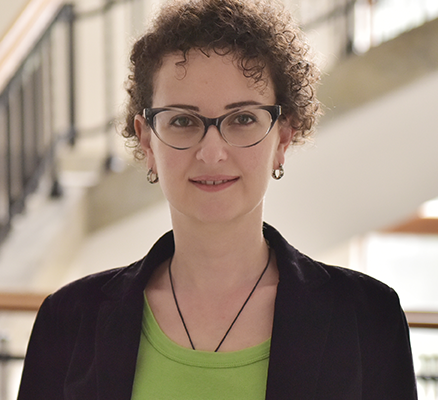 Tamta Chumburidze is a Chief Specialist at the Committee on European Integration at the Parliament of Georgia. She holds a Master’s degree in law. She has been in public service for 15 years and works on approximation of Georgian legislation with EU laws. She participated in the first project on approximation with EU legislation; namely, in the sector of intellectual property. Currently, she is one of the co-authors of the draft Law on Consumer Rights. For 15 years she has been working on the rights of children, women, disabled persons and employees under the terms of approximation with EU justice.

Tamta Chumburidze headed the show, Kanoni (Law), established with the support of the Friedrich Ebert Fund. She is also an expert at the Estonian Center for Political Research and has given trainings to employees of the Tbilisi Mayor’s Office and City Hall. She was an advisor to the Georgian team at the OSCE and also worked as a coordinator for the group for the approximation of Georgian legislation to EU laws for the staff of the Parliament of Georgia.

From 2004 to date, Tamta Chumburidze has been working on the approximation of Georgian legislation with EU laws. To this end, she participated in international conferences, received a one-year EU training – European Integration and participated in the NDI’s one-year training on Mastering Women Leaders. She also took training courses organized by Conrad Adenauer, the Parliament of Georgia, the Georgian Public Service Office, the Service of the Consumer Rights Protection Inspector’s Office of Poland, the German Ministry of Internal Affairs and Migration Center, the Estonian Migration and Resettlement Center and the Political Research Center. She is knowledgeable about the parliamentary structure and activity systems of a number of EU member countries and holds certificates in respective spheres as well as trainer’s certificates.